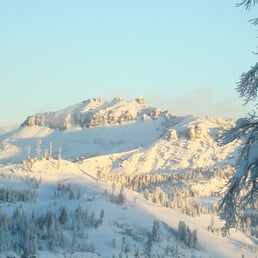 We recently rented a cabin Managed by Alicia Kinney in Kingvale. We had our best experience yet. Alicia was absolutely a pleasure to deal with and she went above and beyond her call of duty to accommodate us. She answered our million questions multiple times with a lot of patience. She answered her phone after hours as well even with an infant and a sick dog.  The place she managed was as described. Very well maintained and clean. with quality supplies. We highly recommend her services to property owners and renters without any reservations. Thank you Alicia. It was a pleasure to deal with you.

The family and I have been coming here for years and Alicia is always awesome and a pleasure to deal with. The rentals are always immaculate and exactly as described. I have a child a year younger than hers so on past three winters she has given my child her child's previous years boots, skies, and ski pants - wow. My mother bought a small one room cabin for herself last year because she needs her own space during family time, Alicia now manages the property and does a phenomenal job managing the property including finding snow removal services for both the driveway and roof. She also offered to store a couple foot lockers of my mothers possessions in her storage unit as mothers cabin is small. One year she even picked us up from airport as our car rental was messed up by rental company with no available cars at airport. If you need a rental or a property manager, she is the one

I had to take a day to calm down before I wrote this review. We needed a property manager and cleaner for our rental cabin, and so I emailed a number of fellow listings on VRBO, introduced myself, and asked if if those property owners knew of any reliable services. I received one email response from a woman I THOUGHT was a cabin owner (more on that in a moment) with a glowing recommendation for Alicia and Cozy Cabin Connections. I then also looked here on Yelp and saw two positive reviews. Initially, I called and emailed, a few times, over a week's time, with no response. Finally I received an email from Alicia saying she was in Disneyland for the week with her child and we could talk the next day. I offered some specific times to talk the next day; no response. Called the next day. No response. Finally, three days later she VM'd me that we could talk the next day. I called at the appointed time, and she answered. She was warm, friendly, very knowledgeable, and seemed like a perfect fit. I was super excited. I told her I'd talk to my wife, that we were highly interested, let's plan on working together, and could she send us a couple references that we could talk to? She said she would, and we agreed we'd talk in two days about how to move forward. Over the next month, I emailed and called her about half dozen times, and I never got a single response. My phone showed she'd read my texts. Miffed and disappointed, I gave up. On a lark, I decided I'd give her one more call, as I still had yet to find anyone and I was so confused by this bizarreness. She answered. She described a serious medical issue of a family member, and that she just had to drop everything to deal with it. I was sympathetic, and even felt bad that some of my messages to her had expressed some of my dismay at her radio silence. (But I also wondered, she couldn't just drop me a quick text?) But again, she sounded great. And she said she was actually interested; she just couldn't take on full service of our cabin right that moment because she was catching up from being gone and focusing on her existing cabins. But she would commit to doing at least do the cleaning and warming of our cabin for the winter, and take on the listing aspect as soon as she could. That worked for us. I asked her again for the references. She could only give me one other cabin on VRBO to look at (though she'd said she had "14" when I initially talked to her). She fumbled about on the phone saying her computer wasn't working just right to find others. She agreed to email the reference contacts to me. She said she would send them on Monday. The next week she was again unresponsive. When we finally connected, she said her child had broken their arm. (Again, sympathy, but could she really not just take a moment to text?) Still, we set a date and time for me to drive the two and a half hours to go meet her at our cabin to meet in person and show her the opening/closing. Over the next week I confirmed THREE TIMES the meeting day/time, and reiterated that I was driving up just to meet her. Each time she confirmed back the date and time (promising!). I drove up on a Saturday morning, confirming with her one last time as I left my house. She confirmed back that she'd see me a half hour later than planned. No biggie. Then, while I was driving up and the planned meeting was an hour away, I got a text saying that she needed to move the meeting back two hours to do some volunteer thing for her child that day that she'd forgotten about (?). I texted her back and said while I could try and rearrange my day, I was only a half hour away at that point, and I really needed to get back on the road home sooner than that. She didn't respond. I sent her a text when I arrived saying I was at the cabin, please let me know her timing. No response. I waited three hours at the cabin to the later time she'd mentioned in her text. She didn't show. I texted her and called her. No answers. I finally drove three hours back home, having been stood up. Needless to say, shame on me for sticking with it this long (I give myself one star for wisdom). But I can't remember ever being treated like this. I'm astonished. To close the loop, I went back to email the property owner who had initially recommended Alicia to fill them in on my experience (and maybe get some perspective on this maddening experience). When I went to the original email to reply, I realized that original glowing-reference email came from Alicia's email address (she was the property manager responding to the cabin inquiries). Barring some peculiar email sharing or cut and paste, apparently Alicia wrote her own reference posing as the cabin owner. At a minimum, based on my experience, she is too untrustworthy and unreliable to be a property manager. But moreover, my experience with her suggests borderline fraud. (Note: I also waited 24 hours to post this just in case something bad had befallen her...but no response/word.)